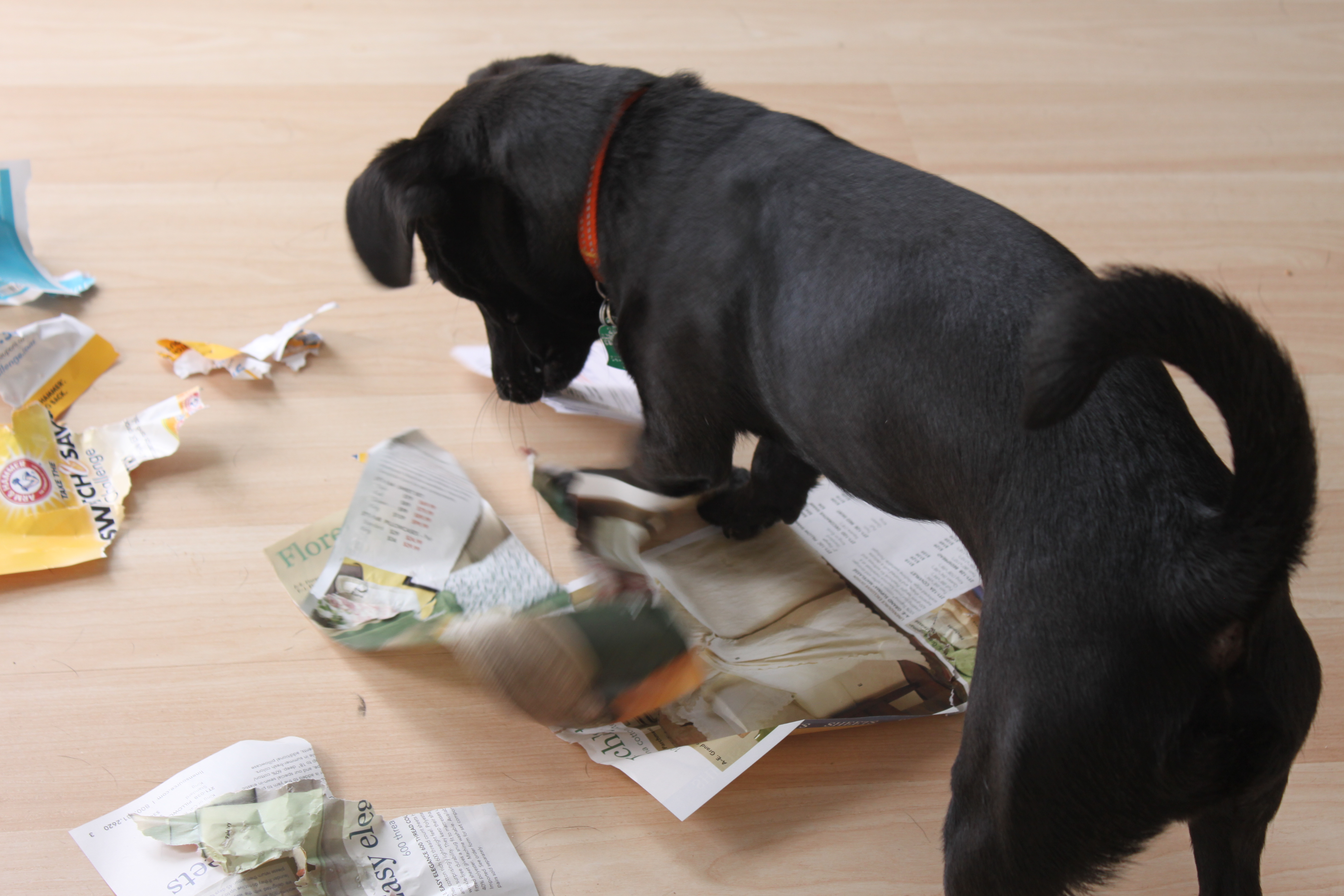 I once had a Lhasa Apso who hated grooming more than anything in the world. She wasn’t mean about it, but she was clearly disgusted by having to endure such a demeaning task. Every single time I finished her haircut and sat her on the floor, she’d bounce around a few seconds and then pee in the floor – glaring at me the entire time. It was clearly an act of defiance. She NEVER had accidents in the house. A few times I took her directly from the grooming table to the potty yard, in hopes of thwarting the pee response. She dutifully did her business, but when I brought her back inside, she would pee in the floor anyway!

Many people believe that dogs are not capable of malice. Mark Twain said that of all the creatures, man is the only one who possesses malice*. Malice is defined as “active ill will; a desire to harm another or to do mischief; Spite.” It was clear to me that Haley’s peeing in the floor was a malicious act which she performed willfully in protest to grooming. Do dogs pee in the floor, chew up your favorite shoe, or tip over the garbage out of spite? Are they capable of getting mad at us…and then getting back at us?

Most dog behaviorists will tell you that a dog’s actions are not malicious, but rather we are misinterpreting their reasons for the bad behavior being exhibited. And that makes sense. We know that we commonly mistake fear as aggression in a dog, for example. A wagging tail can sometimes be a warning rather than a welcome. A show of teeth is most likely not a smile! So is it also possible that peeing on the floor while glaring at you is not a malicious, vindictive act? I guess so, but I’ll need some convincing.

If you want to get all scientific about it, why would dogs not be capable of these types of negative responses? Dogs are very emotional creatures. It’s evident in the way they bond with us, the obvious joy they display when we come home, the affection they show us with a nudge or a cuddle. We’ve seen them sad, we’ve seen them scared. Dogs and humans, well, all mammals actually, share a similar physiology in the brain. The limbic system in the brain, that part that encompasses feelings and mood, are very similar. Why wouldn’t they possess the ability to also feel anger, hostility, or animosity, just as we do?

Here is the exception… dogs typically will not hold that anger or hostility against you, particularly when the circumstances surrounding the incident are positive (as opposed to a negative environment whereas hostility is the norm). I think they live in the moment, therefore, they react in the moment… and then it’s over. On the other hand, they do have memory, which allows them to remember bad things and react to those specific things appropriately. For example, dog meets cat. Cat slaps dog and scratches his face. Dog doesn’t forget… and from that day on, he will be leery of any cat that he meets. But is he going to stay mad at you forever because you left him at home alone in his crate for 5 hours on a Saturday afternoon? Nah, I doubt it.

Do dogs hold grudges? A study at Kyoto University in Japan tested the theory and found that a dog will hold a grudge towards someone who treated their owner negatively. Interesting, isn’t it? If they will so closely align themselves with us and our feelings, there is no reason that they themselves wouldn’t also feel animosity towards another person or animal, right? Our Glen Allen Holiday Barn Pet Resorts Camp Manager talks about a couple of dogs at doggie daycare who apparently had a “misunderstanding” a few weeks ago. The dogs can’t exactly say to each other, “Hey, pal, we need to talk”, so they react to what they perceive happened between them with a dislike for one another. These two dogs even have to go into separate play groups now.

My thought is that the difference lies in the intent behind a dog’s actions. Even though they possess the capability, dogs in general are not naturally aggressive or angry. They are reactive. Therefore, malice would be a response to what he or she feels is a “threat”. Unfortunately, human nature is not so kind… A human may intend to hurt another human, whereas a dog will only hurt someone when provoked, or through misunderstanding. Likewise, my Lhasa Apso reacted to her dislike of grooming the best way she knew how…. She didn’t want to hurt or bite me, but she wanted me to know that she didn’t like it. The campers respond to their “disagreement” with an aversion towards one another.

A dog’s thought process is simple. Goodness seems to come naturally to them, sometimes challenged only by their inability to talk. By not being able to talk, other forms of communication become necessary, and they’re really good at getting their point across. The next time your dog destroys something of yours, or seems purposely disruptive, you may want to pay attention. She is definitely trying to tell you something.

This is a cute article about a woman who swears her dog is holding a grudge.

*Mark Twain: Of all the creatures, man is the most detestable. Of the entire brood, he is the only one that possesses malice.