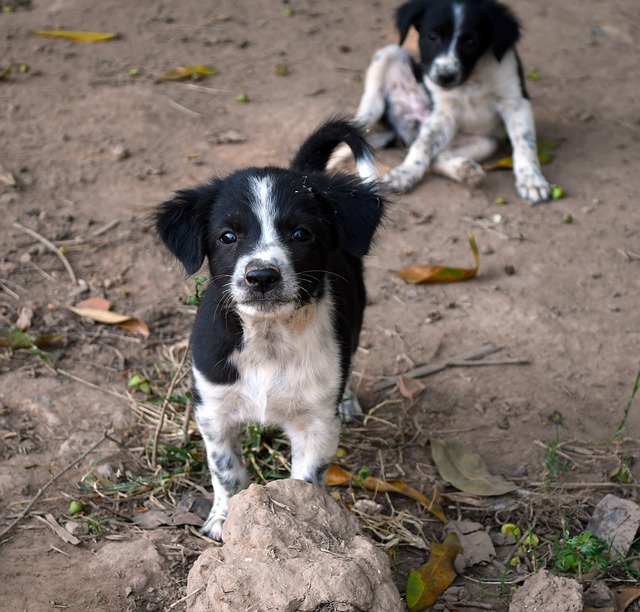 Years ago, I lived next door to a young couple whose adorable, black, mixed-breed dog had the most precious puppies! There were about 6 or 7 puppies, if I remember correctly. All were shaggy black and white, adorable little round-bellied pups. Our back yards were not separated from our neighbors, and any time I was outside, all of the puppies would toddle over to visit. I couldn’t wait to go out on my back porch each day just to play with them!

Little by little, I noticed that puppies went missing. There were 5 puppies one day, then 4, and, eventually, no puppies came to greet me on my back porch. The dogs’ parents were not home all that often so I couldn’t ask, but I did finally get to talk with them a few months later when they were moving away. I asked about the puppies. All of the little puppies had died of the parvovirus. My heart broke.

Parvo, or canine parvovirus, is a contagious virus that can have a terrible outcome for young dogs. Parvo damages a dog’s gastrointestinal tract and white blood cells. At the onset of the disease, an infected dog may suffer from abdominal pain and lethargy, perhaps without you even noticing. Within a day or so, the dog will begin vomiting and have bloody diarrhea. Most of the time, the dog will die within 48 – 72 hours after the first indication that something is wrong. When my neighbors’ puppies contracted parvo, I saw no evidence that they were unhealthy in any way. They were active and happy and all they wanted to do was play and cuddle.

How is Parvo Spread?

Parvovirus is transmitted from one dog to another via feces. That may be through direct contact with infected feces, whether a dog sniffs it, touches it, or ingests it in some way. Parvo can even be transmitted by contact with a variety of infected surfaces, water bowls, collars, leashes—just about anything. It’s tough stuff, too. The virus is resistant to heat, cold, and humidity. It’s nearly impossible to eliminate from the environment.

Regular vet visits could have helped prevent the puppies from succumbing to parvo. The American Veterinary Medical Association says that young puppies are very susceptible to infection. Their mother’s milk provides immunity in the beginning of their life, but it may wear off before the puppies are old enough to fight off the infection on their own. There is a possibility, too, that the mother’s immunity could actually interfere with the puppy’s successful response to vaccination. So that means that even if a puppy was properly vaccinated, they may still become infected.

To reduce that possibility and provide as much protection against parvo as possible, puppies should receive a series of vaccinations and “boosters” during the first few months of their life. I don’t know if this young couple took the puppies to the vet or not. Respectfully, the puppies’ owners may have just been uneducated about proper puppy care.

Unfortunately, there isn’t really a specific treatment for parvovirus. All a veterinarian can do is help support the dog’s immune system and provide good nursing care. The hope is that, through skilled care, supportive nutrition, and fluids, the dog can fight off the virus on their own. It’s important to recognize that there is a problem as early as possible. As in most health issues, early recognition and treatment are crucial.

In addition to requiring all current vaccinations, including parvo, the cleaning protocol at Holiday Barn Pet Resorts is very rigorous. Because of parvo’s ease of transmission and resilience, cleaning and disinfecting places where dogs congregate is critical. Prompt disposal of fecal waste is essential, as well as twice-daily cleaning of rooms. The virus can survive for months–even years. Special kennel and veterinary hospital cleansers are available, as not all cleansers are effective at eliminating the virus.

What is the possibility that my dog may become infected?

This year, parvo has been problematic throughout Central and Northern VA. The Animal Welfare League of Arlington had two reported cases of Parvo this month. As a precaution, their kennels were closed and deep cleaned. The two adult dogs were sent to Columbia Pike Animal Hospital to be treated and, at last notice, they hoped the dogs would make a full recovery. This summer, Waynesboro VA had three confirmed cases. Sadly, two dogs in Burke County, NC were euthanized earlier this month after testing positive for parvo. My assumption is that the infection was too severe to treat.

A little further up the coast, dozens of dogs in the Massachusetts area were diagnosed with the parvovirus in June this year. Many of the dogs died. It was learned that all of the dogs that passed away either were behind in their vaccines or never received the vaccine in the first place.

The parvovirus is alive and well. If you have a young puppy, be particularly vigilant by limiting their exposure at dog parks and other public areas. Puppies should receive their first vaccination for parvo at 6-8 weeks. Boosters should be administered every three weeks until the puppy is 16 weeks old. Another booster is to be given at one year old. Previously vaccinated adult dogs need boosters every year. It’s important to stay current on the parvo vaccination, as well as all of your dog’s core vaccines. Check with your vet if you have any questions.

I was lucky that my own three dogs didn’t contract the disease. My dogs loved playing with the puppies next door. Fortunately, all of my dogs were current on their vaccinations and none of them became ill.

Want to make a Dog Trainer’s hair stand on end? Refer to your dog as a “Furbaby” and watch the…

The Best Dog Exercise Tips for 2017

Let’s face it…we have to make a concerted effort to get the proper amount of exercise. It’s so easy to…