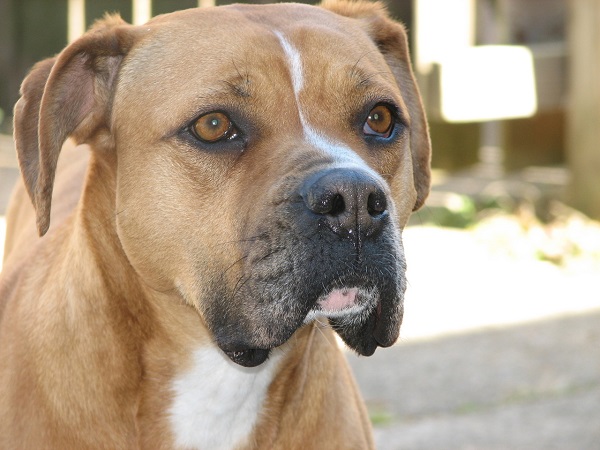 I’m a dog lover… the kind that squeals every time I see a 4-legged furbaby. The kind that always has to pet any dog within my reach. I can’t help myself. But, I have to admit, every once in a while when meeting an unfamiliar dog, I am afraid. I mean, it would be different if the dog were growling at me, or snapping at me, but that’s not it. It’s just a “hunch”, an unsettling feeling with no real obvious reason. Do you ever feel that way?

I was out walking the other day when coming towards me were two men and a dog. They smiled and greeted me and, of course, I was checking-out their dog. I immediately started feeling uneasy, but for no apparent reason. The dog was beautiful and I complimented them. They said, “Thank you, he’s a rescue… We just got him.” I didn’t approach the dog, although he was just standing there, quietly watching me, so I just congratulated them, said “Good Boy!” to the dog, and headed on down the sidewalk. Why did I feel so apprehensive? Why, when I love dogs so very much, was I hesitant to interact with this one?

Call it fear, intuition, a “gut feeling” or whatever, this type of “sixth sense” occurs to protect us. Here’s a little science for you… The amygdala region of our human brain is associated with threat detection and fear. It alerts us to situations that may be harmful. It lets us know of potential risk or harm. When your amygdala is on high alert, it actually controls your impulses. In the above case, my amygdala sent me that “hunch”… It said, “Something isn’t right.” Then it kept me from my “normal” impulse of approaching the dog. The point is, however, is that I had no tangible reason for feeling afraid. The dog was not threatening to me in any recognizable way.

At Holiday Barn Pet Resorts, we are trained to observe and read a dog’s body language. Every day we practice these skills as we welcome unfamiliar dogs into our facilities. In my scenario, the dog that was being walked showed no reaction to me one way or the other. While an unskilled person may view his stillness and lack of reaction as meaning there is nothing to fear, we see it as a possible red flag. He could be letting me know that he doesn’t want to interact. His tail was un-moving, like his body… yet another sign that he doesn’t want to engage in any way. He kept his eyes glued on me, and that is a huge clue too. That unblinking gaze means he’s feeling “tense”. He was panting, and that may or may not be because it was a warm day. Dogs will pant when they are feeling fearful or stressed. We talked about some of these things in “How to Avoid Being Bitten by a Dog”. Bottom line is, that instinctive feeling you get when nearing a strange dog is not something you should ignore.

Analyzing my encounter with the dog on the sidewalk

As we all know, our dogs get clues from us. They can read us like a book. When the two men and their dog were approaching me, they guided the dog off the sidewalk and into the grass to allow me to pass. Since the dog was new to them, it is likely that the gentlemen moved him away from me because they just didn’t know how he would react to a stranger. What did the dog read into that move? That I was someone to be feared? That I was threatening? Or that his new owners were afraid of me… and maybe he should protect them?

Was the dog studying me because he sensed my apprehension or fear? If so, that too would influence his response to me. We’ve talked before in previous blogs about a dog’s ability to detect our physiological changes…… like heart rate, perspiration, breathing. So if he recognizes these physical changes as fear, is it more likely that he would respond aggressively towards me?

The dog on the sidewalk was most likely going through a stressful time. He probably came from a shelter of some sort… who knows what he suffered before that? Then here he is with a new owner, new home, new everything. For all we know, he may have been at his breaking point. Then again, I guess there is always the possibility that there was nothing at all to be afraid of, and that what I was feeling was completely unwarranted.

The Fear of Dogs

I have a 15 pound, shaggy dog. He is bouncy, social, and happy. He has that “friendly” look in his face…. You dog lovers know what I’m talking about. He doesn’t bark at people, nor does he growl. He’s very approachable. But guess what? Some people are startled by him and will jump back as if he is going to attack. It doesn’t happen often, though over my many years of having small dogs, it has happened a few times. I can’t imagine how many times this kind of thing must happen to people with large dogs. A larger dog has to be more intimidating to others than my little guy. I just don’t get it.

I knew a lady once who had an irrational fear of snakes. I mean, not that I like snakes… they definitely give me the heebie-jeebies. But you couldn’t even mention or allude to a snake in this lady’s presence. Her breathing would become quick and she would get seriously jumpy and panicky. If someone touched her when she was thinking of a snake, she would nearly go into hysterics. This type of fear of snakes is called ophiophobia. Have you ever heard of cynophobia? It’s the term for the irrational fear of dogs. If you are cynophobic, your fear would be a true hinderance to everyday life. It would interfere with social or other activities. Cynophobia and a “wary intuition” are two entirely different fears. If you have a true fear of dogs (and chances are you do not if you’re reading our blogs), the only way to overcome your fear is with professional help. Intuition is more of a “warning sign” when a phobia is not present.

How do you know if your “gut feeling” is rational?

…And how can you tell if a dog is nervous to the point of being aggressive? Listen to your “gut” first, then apply your intellect before proceeding. What does that mean, exactly? Let’s break it down:

1) You meet a strange dog
2) Your gut feeling is that something is “off”, but by all tangible evidence, he seems safe
3) Apply your intellect – What have you learned in the past about approaching strange dogs?

b. Turn slightly to the side.

c. Read the dog’s body language. Is he relaxed? Is he wiggly and relaxed (good)? Or is he stiff and unmoving (bad)?

d. Don’t look him directly in the eye.

e. Let him come to you; not the other way around.

f. Don’t hover your body over his.

g. If you decide to reach towards him, do so slowly, palm down. Let him sniff your hand.

h. If you feel it’s safe to continue, begin by scratching under the chin or lower neck. Slowly proceed from there.

i. If at any time the dog acts like he’s finished with you or backs away, you should also back away.

Should we be Afraid of Dogs?

The answer to this question is “sort-of”. Maybe not “afraid” but always cautious. Listen to your instincts…those hunches… They are there to protect you. When it comes to strange dogs, we need to be careful. We tend to forget sometimes that dogs are animals. They think differently than we do. As much as we love dogs, there are times when it’s better to keep our distance with ones that we do not know.